Member of Parliament for Chelsea & Fulham

Greg has served as an MP since 2005 and is currently serving as Minister of State for Energy and Clean Growth and Climate Change.

Greg was born in 1965 to British parents in New York, and he lived in the USA until he was seven years old. After moving back to the UK, Greg attended state schools in England, but his family was constantly on the move owing to the closure of grammar schools under the Labour Government (1974 - 1979).

After leaving Dr Challoner’s Grammar School in 1984, Greg set a trend by taking a “gap year”, during which he worked as an attendant at a swimming pool in what was then West Berlin. It was during this first spell in Berlin that Greg developed his strong interest in the plight of the captive nations of Eastern Europe, and travelled through East Germany, Poland, Czechoslovakia and Romania on a number of occasions. Thereafter, Greg went up to Cambridge University to read Modern History.

Already fluent in German and French, Greg also learned Czech and Slovak to a good standard. During his university vacations between 1985 and 1989 Greg spent further spells in West Berlin, where he worked in the McDonald’s at Bahnhof Zoo and the KaDeWe department store, and in Prague. Leaving Cambridge with a first-class honours degree in Modern History in 1989, Greg embarked on a career in the City, where he worked in derivatives during his eight years in banking.

Greg moved to Fulham in 1990, and has lived there ever since, although from 1991 he did have to shuttle between London and New York City because of work commitments. During those years Greg was a member of the Friends of Rudy Giuliani in New York, and in 1993 Greg helped his campaign to become the first Republican Mayor of New York City for many decades. Greg left banking in 1997.

Greg joined the Fulham Conservatives in 1991, and in 1998 he was elected to Hammersmith & Fulham Council for the first time, propelling the Conservatives from third to first place in Eel Brook ward, taking the seat of the Liberal Democrat leader. A year later, Greg was elected Leader of the Conservative group on the Council, and in the 2002 Council elections he led the Party to achieve its highest vote share since 1978.

In October 2002, Greg was selected as the Conservative Party’s Parliamentary Candidate for Hammersmith & Fulham, the most marginal London constituency in the 2005 General Election. Greg won the seat, gaining it from Labour on a 7.35% swing, with a majority of 5,029 votes.

After that, in November 2006, Greg was selected by Conservative Party members to fight the new Chelsea & Fulham constituency at the 2010 General Election. The new boundaries were drawn up by the independent Boundary Commission, and they reflected the rising population in west London. Greg won his new seat with a massive 16,722 majority.

Greg continues to be a trustee of the local Brunswick youth club, and he is also proud to be a patron of The Fulham Boys School, a Free School established in 2014 under the Coalition Government’s education reforms. Greg is a member of the Chelsea Arts Club, the Fulham Society, the Chelsea Society, the Fulham & Hammersmith Historical Society, the Hammersmith & Fulham Historic Buildings Group, and other local groups.

In the past, Greg has been a school governor at St Thomas’ Primary School in Fulham for six years, a Home Office appointed Lay Visitor to local police stations, a member of the Independent Monitoring Board at HMP Wormwood Scrubs, a member of the Friends of Charing Cross Hospital, and he was the co-founder of the Save Fulham Pools Campaign.

Campaigning for YOU in Fulham and Chelsea

Greg is a dedicated local campaigner striving to improve the lives of local residents. Greg’s local campaigns include: re-opening Fulham pools between 1997 and 2001; helping to end the 1999 local Royal Mail strike; opposing the Wandsworth Bridge Road bus lane in 2004; saving post offices from Labour’s closure programmes in 2002, 2004, and 2008; campaigning to increase capacity on the District Line and introducing the new S-Class train; opposing Labour and the Lib-Dems’ proposed Mansion Tax in the run up to the 2015 General Election; opposing plans to curtail the 424 bus route in Fulham; and championing Charing Cross Hospital.

From January 2009 to May 2010, Greg served as Shadow Treasury Minister, and after the 2010 General Election he was appointed Parliamentary Private Secretary (PPS) to the Chancellor of the Exchequer, the Rt Hon. George Osborne MP. In October 2011, Greg joined the Government Whips, where he worked for three and a half years, starting as Assistant Government Whip and then being promoted to Deputy Chief Whip and Treasurer of HM Household in 2013, a senior position responsible for liaison between Buckingham Palace, the Government and the House of Commons.

After the Conservative Party’s victory in the May 2015 election, Greg was appointed Chief Secretary to the Treasury – the third most senior post in Her Majesty’s Treasury behind the Prime Minister and the Chancellor of the Exchequer, George Osborne – in this first Conservative-majority Government since 1997. Greg is proud to be able to claim that he is the first MP to attend Cabinet and who represents Chelsea since Sir Samuel Hoare in 1940, and the first who represents Fulham since Labour’s Michael Stewart in 1970.  Greg’s responsibilities as Chief Secretary to the Treasury covered public expenditure and included: spending reviews and strategic planning; in-year spending control; public sector pay and pensions; Annually Managed Expenditure (AME) and welfare reform; efficiency and value for money in public service; procurement; capital investment; infrastructure deals; and Treasury interest in devolution to Scotland, Wales, and Northern Ireland.

In July 2016, under new Prime Minister Theresa May, Greg was appointed Minister of State in the new Department of International Trade, serving as number two to Secretary of State Liam Fox, a position he resigned from in 2018 in order to meet his election commitments of voting against a third runway at Heathrow airport.

Greg continues to achieve frequent media coverage in major national and international newspapers, he has been interviewed by Jeremy Paxman on Newsnight, and has also appeared on BBC News, the Politics Show, and is a frequent guest on radio as well.

Greg was re-elected as the MP for Chelsea & Fulham in the 2019 General Election with an increased vote and increased majority.

Amanda was re-elected as a Palace Riverside Ward Councillor in May 2018.

She is the Conservative Group's spokesman on Adult Social Care & Social Inclusion. 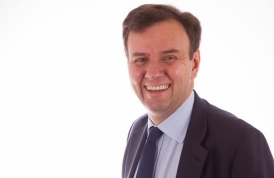